A small freighter shoots through hyperspace towards Earth.

On board is a precious cargo, drugged to sleep through the journey.

In an inebriated state, a SoMorph is the size of a tennis ball, and quite harmless.

This is how pilot Alan Davies found the SoMorph.

Neither he, nor his cat companion Mr. Jones, realise the danger they are in.

Six days into the month long journey, the SoMorph is waking up. With a hangover.

Uninebriated, a SoMorph is two foot tall, purple, with tentacles and a single, central eye.

Its mouth can morph to eat any creature. It has eaten humans before. Absorbed their language and limited knowledge.

Now the SoMorph is waking up.

About 8 years ago I wrote a short and silly text adventure called 'Main Course' for an interactive fiction competition, which was a lot of fun! :D

While it was generally well received, I estimate about 20 people in the world got to play it.

My hope is that recreating the original game from scratch, and releasing a "Director's Cut" of the game, will see many more people giving it a go! 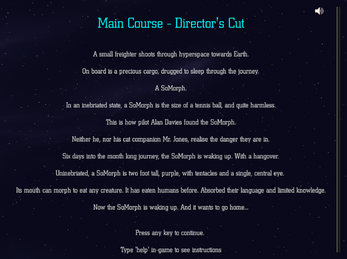 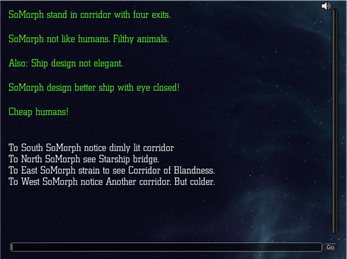 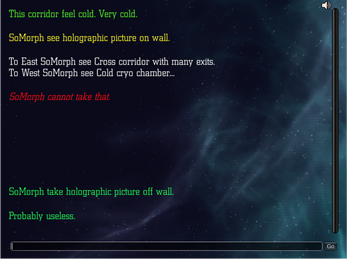 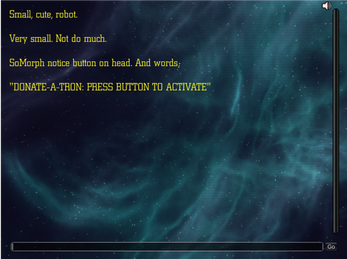