A downloadable game for macOS

“Over a period of several days, the meteors fell, landing in the Earth’s deep oceans. Unbeknownst to humanity, the invasion had already started…”

Battle across the earth and into outer space and beyond in this unique and epic retro style 2D shooter from Quantum Sheep!

Take control of the experimental Titan Rocket ship and battle against the huge Kraken as they rise from the oceans and make their way across land, threatening all before them!

It’s up to you to fight back against the alien menace! Can you save the world and defeat the Kraken Queen on her homeworld?

* Inspired by classic games such as Attack of the Mutant Camels, Defender and Time Pilot, as well as John Wyndham’s classic novel ‘The Kraken Wakes’

* 16 beautifully drawn levels to battle in

* Innovative scoring system – the better your shield strength, the more points-per-hit you get!

* Destroy an enemy with maximum shields to get a perfect kill!

* Look out for sci-fi easter eggs scattered around the levels

* Bonus level, artwork and music based on the lovely ‘Poodle Inavasion‘ by Frederico Machuca. Get a high score of over 300,000 points to access this mini masterpiece!


The scoring system is tied to your shields:

At Maximum shields, you get maximum points for each hit.

If your shields are damaged, you get progressively less points for each hit.

Destroying a ‘Regenerator’ UFO kill will put your shields back up to maximum!

Additionally, destroying an enemy while your shields are at Max gets you a ‘Perfect Kill’ for that enemy.

Each Perfect Kill adds to your research, and a fully researched enemy will make them easier to kill, as well as possibly stopping a certain trait (i.e. the jammer UFOs  would no longer be able to disrupt your radar).

This game has been tested on Sierra and Catalina OS versions. There may be issues getting it to run on Big Sur, but there are some simple solutions if you google them.

The game starts in a tiny window on your Mac due to the game originally being made for the first iPhone!, You can select 'Fullscreen' from the game finder bar (top left corner of your screen) for a, er, 'fuller' experience!

Also, the interface is built with touch input in mind, so you'll need to click on buttons on-screen to use menus and stuff! Sorry! 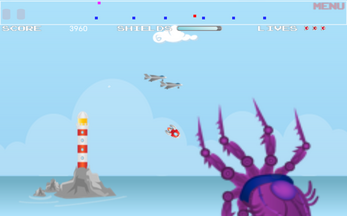 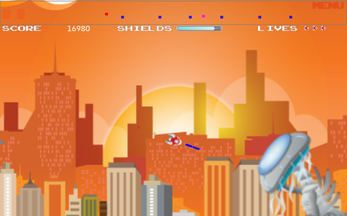 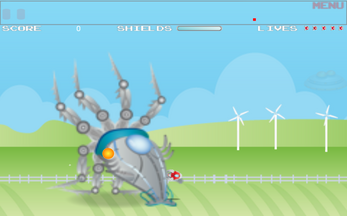 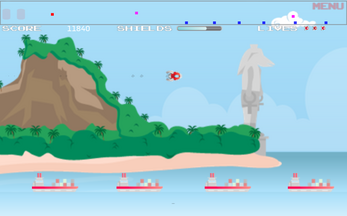 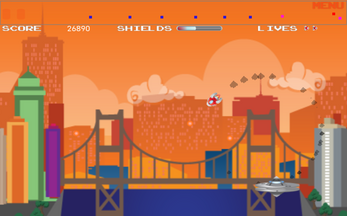